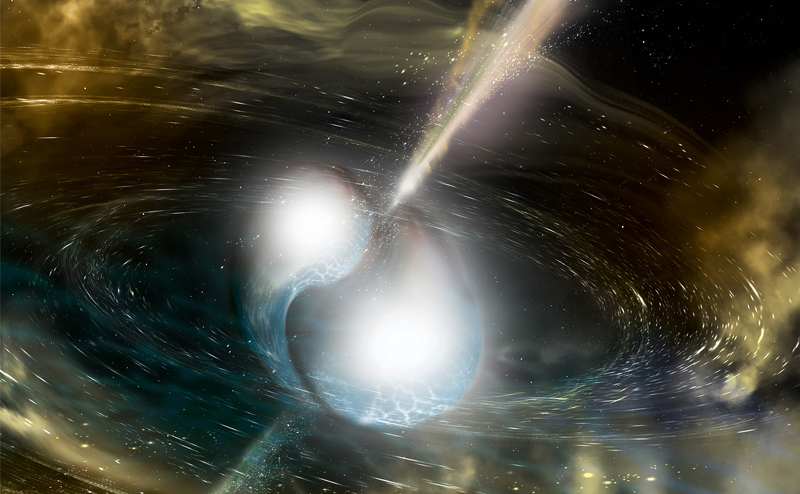 For the first time, astronomers have observed a cosmic event using both gravitational waves and optical light, a major step forward in the new era of gravitational wave astronomy. Signals from the Laser Interferometer Gravitational Wave Observatory (LIGO) in the United States and the Advanced Virgo Interferometer in Italy pinpointed the location of two merging neutron stars in a galaxy 130 million light-years away. Astronomers then used some 70 ground- and space-based telescopes across all seven continents to study the collision in X-ray, ultraviolet, optical, infrared, and radio waves. 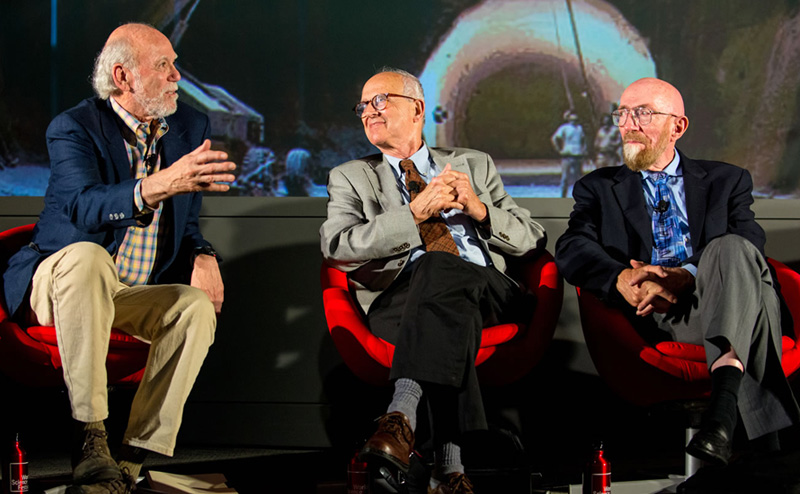 Congratulations to Dr. Rainer Weiss, Dr. Kip Thorne, and Dr. Barry Barish for winning the 2017 Nobel Prize in Physics! The prize is awarded for their pioneering work that led to the detection of gravitational waves, ripples in the fabric of spacetime that were first predicted by Albert Einstein in his general theory of relativity in 1915. Drs. Weiss and Thorne co-founded the Laser Interferometer Gravitational Wave Observatory, or LIGO, two detectors in the United States run by a global collaboration of more than 1,000 scientists, which Dr. Barish directed for eight years. In September 2015, the detectors picked up a signal from a passing gravitational wave that had been hurtling through space for 1.3 billion years, the result of two black holes colliding in the distant universe. This groundbreaking accomplishment not only proved that the gravitational waves of Einstein’s conception are real, but that they can be used to study the universe, opening up a new window to the physics of the deep past. We extend our congratulations to all of the members of the LIGO Scientific Collaboration, with special acknowledgment to its former spokesperson Gabriela González. To Learn More About Gravitational Waves, Check Out The Following WSF Videos: …

Earlier this week, Chinese scientists made a big announcement: they had teleported a photon from Earth to an orbiting satellite called Micius, the first time any object has been teleported into space. But don’t start making plans for that teleportation travel agency just yet. While this is a major scientific and engineering feat, it relies on properties that are relatively easy to manipulate at the quantum scale but, for now, prohibitively complex in our macro world. Specifically, it relies on a phenomenon known as entanglement, in which two seemingly separate entities—say, a pair of photons—can become intimately intertwined. Any action performed on one particle has an instantaneous affect on the other, no matter the distance between them. In quantum teleportation, physicists use an entangled link to map information from one particle onto its entangled partner, which effectively takes on the identity of the first. While this is done frequently on Earth, China’s accomplishment is the first time information has been sent via entanglement from Earth to space, marking a huge step toward the potential for quantum communication satellites and new forms of information security. You can listen to Brian Greene discuss the topic further on NPR’s Morning Edition