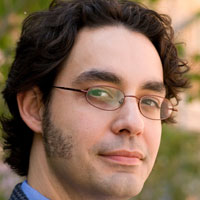 MIT physicist Enectali Figueroa-Feliciano works at the intersection of cosmology, particle physics, astronomy, and engineering. His research looks for insight into the building blocks of the universe, from the fundamental particles that make up dark matter to the raw elements that combine to form stars, planets, and people. As an experimental physicist, he is involved in underground and space-borne projects aimed at discovering the nature of dark matter, elucidating the creation and cycles of “normal” matter, and understanding their roles in the formation of the structures that make up our Universe.