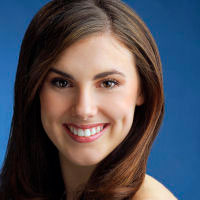 Tiler Peck has danced leading roles in ballets by George Balanchine and Jerome Robbins, in addition to a wide variety of choreographers, including Peter Martins, Susan Stroman and Christopher Wheeldon. She has also had numerous works created for her, most recently by Wheeldon and Wayne McGregor for the 2010 New York City Ballet Spring season.

Peck entered the School of American Ballet, the official school of NYCB, full time in the fall of 2003. In February 2005 she joined the NYCB as a member of the corps de ballet. In December 2006, she was promoted to Soloist and in October 2009 she was promoted to Principal.

She is a 2004 recipient of the Princess Grace Foundation – USA Dance Fellowship, a 2004 Mae L. Wien Award recipient, and Janice Levin Honoree for 2006-2007. She has also performed in Meredith Wilson’s The Music Manon Broadway and as Clara in the Radio City Christmas Spectacular, and recently appeared as a special guest star on the hit television show Dancing with the Stars.