The inflationary theory of cosmology, an enduring theory about our universe and how it was formed, explains that just after the Big Bang, the universe went through a period of rapid expansion. This theory has been critical to understanding what’s going on in the cosmos today. But now, this long-held notion—which seems to suggest as-yet-unproven and perhaps unprovable features such as the multiverse—is under increasing attack. Through informed debate among architects of the inflationary theory and its prime competitors, this program will explore our best attempts to understand where we came from. 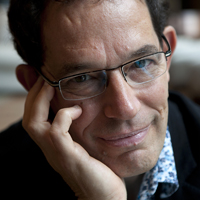