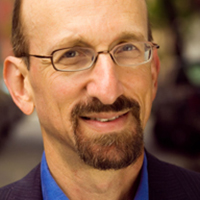 Brian Lehrer is host of the Peabody Award–winning program The Brian Lehrer Show on WNYC New York Public Radio, 93.9 FM, AM 820, and wnyc.org. From scientists to heads of state, Lehrer hosts major thinkers and major newsmakers and involves the audience through phone calls and social media. With degrees in music, journalism, and public health, he is equally at home leading conversations ranging from the arts to the sciences to the politics of the day. The New York Times calls Lehrer “the voice of New York” and a “master interviewer.” TIME magazine has called his program “New York’s most thoughtful and intelligent talk show.”