One Gene to Rule Them All? The Trouble with Explaining Altruism 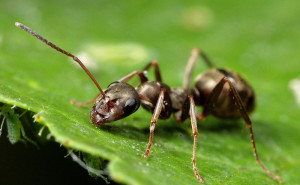 The trait I admire most in a fellow thinker is the ability to entertain an idea without necessarily swallowing it whole. With that in mind, I eagerly listened to E.O. Wilson’s On the Shoulders of Giants address at the World Science Festival in New York City.

I recently wrote about Wilson and his controversial rethink of altruism on this blog. In short, Wilson has abandoned his long-held belief that cooperative and altruistic behavior among organisms can be explained simply as a kind of veiled selfishness, a theory known as inclusive fitness. It holds that when an organism behaves “altruistically” by sacrificing itself or putting itself in danger, it is not driven by romantic notions of valor but rather by individual genes jockeying to survive by passing on identical copies to offspring.

After years of championing inclusive fitness, E.O. Wilson has jettisoned it for a different theory, the controversial concept of “group selection.” This is the idea that genes for altruism persist by benefiting the entire group. Here, altruistic traits persist by helping groups multiply and grow into larger and larger networks with more and more biomass. This all happens despite the fact that the altruistic trait is detrimental to the individual. According to the theory, altruistic genes that cooperate and stick together outcompete groups of genes that act selfishly.

But both models seem like they could apply to different genes. After the address, I had the rare opportunity to ask Wilson directly about this sticking point.

The question struck a chord. Wilson replied that he had been anticipating it, and quickly acknowledged that his recent move away from the theory of inclusive fitness had rankled many people, including the famed evolutionary biologist Richard Dawkins who has popularized the selfish-gene view of evolution and has been a vocal critic of group selection. But Wilson stuck to his guns, saying, “Yes, the gene is the basic unit of selection, but the phenotype is the target. It is as simple as that.”

Wilson flashed a smile, and for a moment I was caught up in the glow of his legendary charm. The spell broke when I began to really chew on his answer. I was still extremely confused about how the concept of “phenotype as target” was supposed to justify group-selection theory.

As I rode the elevator downstairs, I felt a pang of guilt for not pressing harder. I imagined a tiny Richard Dawkins sitting on my shoulder, eyebrows in a scowl, chiding me, “Kristopher, don’t you remember how beautifully I explained all this to you in my book, The Selfish Gene? How could you turn on me? Hamilton had it right, the gene is the one ring to rule them all everything else is myth!”

On the other shoulder (ahem, “giant shoulder”), I pictured a miniature E.O. Wilson, still charming in his diminutive tweed blazer, reassuring me, “Kristopher, everything is going to be alright as long as we work together in this big happy peer-reviewing group of ours.”

As I stepped out of the elevator, I serendipitously met Nobel Laureate Harold Varmus, former head of the NIH, and I took the opportunity to ask him what he thought E.O. Wilson meant when he said “phenotype is the target of selection.” Dr. Varmus clarified—somewhat. Phenotype, he explained, is the vehicle genes ride inside, the body. Selective environmental pressure, like changing atmospheric oxygen levels, or changing local climates are not capable of acting directly on any one gene.

After I directed Dr. Varmus and his wife to the Christopher Street subway station, I continued to replay his answer in my head. If natural selection happens at the level of the physical manifestation of the genes – the phenotype, and there is no organism in existence with only one gene inside, then all genes must be collaborative in a sense.

And this is where I am in my thought process. If you have any corrections or criticisms I welcome them. They will only add to my understanding.

Cosmology and the Accelerating Universe | A Conversation with Nobel Laureate Brian Schmidt
153,944 views |