Dr. Richard Besser Reflects on 30 Years in the Fight Against AIDS 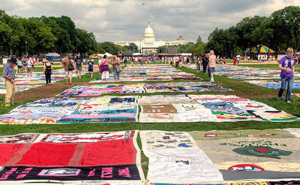 I started medical school in 1982 in Philadelphia about a year after the first patients with AIDS were recognized in the United States. I remember being on the wards and the fear that spread whenever someone was admitted with AIDS. It was palpable. How was it being spread? How can we provide care for those who were sick without catching the disease? It took years to understand the answers to those questions and so much longer to develop and implement effective strategies for prevention, treatment, and control. Early hopes were dashed that a vaccine would quickly control or eliminate HIV infection. It has been more than 30 years since HIV first appeared and the epidemic continues. It looks different than it once did: there is now effective treatment for those fortunate enough to afford it yet there is still no effective vaccine.

On Friday, I have the honor of moderating an incredible panel discussion at the New-York Historical Society as part of the World Science Festival. We will be looking at the progress that has been made to understand AIDS, how that was accomplished, and what it will take to finally end the AIDS epidemic.

Our panelists are all internationally recognized leaders who have dedicated their lives to controlling HIV. David Baltimore, a Nobel-prize winning scientist and physician did the research that showed us how retroviruses work. He is working on new vaccines against HIV infection. Bob Grant, a physician and researcher, performed the critical studies that showed how taking antiviral drugs can prevent HIV infection from occurring. Peter Staley is an activist and founder of the Treatment Action Group, TAG, one of the groups credited with bringing the first effective AIDS drugs to the public. His work is featured in the terrific new documentary, How to Survive a Plague. Susan Zolla-Pazner is an immunologist who is helping us understand the most effective strategies for developing vaccines against this rapidly changing virus.

I have spent most of my career at the CDC working on infectious disease control. I’ve seen tremendous progress in turning HIV infection from a death sentence into a chronic disease in many parts of the world. As I’ve been reading about the work of our panelists, I can’t wait to ask them questions, to understand where they think the best hopes lie for wiping AIDS out for good.

This is a series co-produced by The Huffington Post and The World Science Festival.