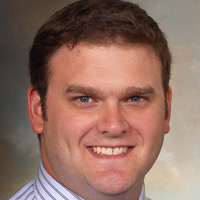 Adam Wilson was the first person to communicate over the Internet using only his mind. The biomedical engineer studies neural prosthetic devices that can allow people with severe motor disabilities, such as Lou Gehrig’s disease or “locked-in” syndrome, to communicate with the outside world. The brain-computer interface software he helped develop, BCI2000, lets people spell out messages by reading their brain activity as they focus on flashing letters on a screen. After Wilson demonstrated it by posting to Twitter from his brain—“USING EEG TO SEND TWEET,” he wrote—he was named one of Popular Science’s “Brilliant Ten” young scientists of 2009, and TIME called the brain-twitter interface one of the 10 best inventions of the year.

Wilson received his PhD in biomedical engineering from the University of Wisconsin-Madison in 2009. He is currently a senior software engineer at DRW Trading. Previously, at the University of Cincinnati, he used his BCI system to study brain activity in people with severe traumatic brain injury and stroke, measuring changes in brain waves that can help predict a person’s long-term outcome following a brain injury. Wilson has given many presentations and organized many hands-on neural prosthetic and neuroscience workshops for middle-school, high-school, and college students to demonstrate his exciting new field of research.