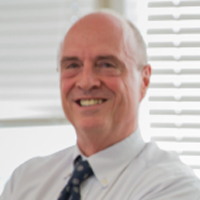 Mr. McDonald began his career at the General Electric Company’s former Fast Breeder Reactor Department, and worked at the California Energy Resources Conservation and Development Commission, the American Academy of Arts and Sciences, and the International Institute for Applied Systems Analysis before joining the IAEA. He received his Master of Science degree in Aeronautical and Astronautical Engineering from Stanford University in 1974 and his Master of Public Policy degree from Harvard University’s John F. Kennedy School of Government in 1979.