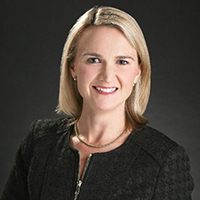 Director of Astronaut and Orbital Sales at Blue Origin

Ariane Cornell is the director of Astronaut and Orbital Sales at Blue Origin. Cornell was formerly based in Vienna, Austria as the executive director of the Space Generation Advisory Council in Support of the United Nations Programme on Space Applications (SGAC). She headed SGAC’s delegations to international conferences and the United Nations, as well as ran the organization’s operations, business development, strategy, and policy output. She supports the international aerospace community in other capacities and organizations, is currently on the board of the Society of Satellite Professionals International (SSPI), and has served on the board of Women in Aerospace – Europe. Previously, Cornell worked in international management consulting, first with Accenture based in San Francisco as an analyst, and then with Booz Allen Hamilton in Washington, DC, as a senior consultant. She earned an MBA from Harvard University and a Bachelor of Science degree with honors from Stanford University.