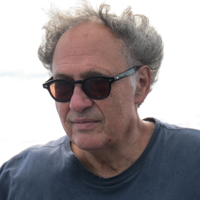 Barry Loewer is a philosopher of science currently teaching at Rutgers University in New Brunswick. He received a BA from Amherst College in philosophy and mathematics and a Ph.D. from Stanford. Loewer has also taught at Stanford, University of South Carolina, University of Michigan, and CEU in Budapest. He has published papers on the philosophical issues in quantum mechanics, statistical mechanics, and cosmology. Loewer also works on the nature of scientific laws, probability, causation and counterfactuals, and on issues in philosophy of mind and logic. He was co-PI of a Templeton grant in the philosophy of cosmology from 2012-15 and he’s currently working on a book on philosophical issues in cosmology. He lives in downtown Manhattan with his wife Katalin Balog, who is also a philosopher, and their soon to be off to college son Milan.