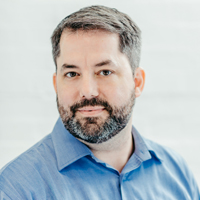 Lighting Designer
Benjamin Pearcy joined 59 Productions in 2011 with the Broadway production of War Horse and works from 59’s New York studio. Also a projections designer, Pearcy has lit or designed projections for theater, opera, and architectural projects around the world, including projections for Oslo, An American in Paris (Tony, Drama Desk nominations), Little Dancer, Hedwig and the Angry Inch, and Big Fish. He designed lighting for Whoopi (Broadway), Carmen (Beijing Opera), US and international tours of Riverdance, US and UK national tours of 9 to 5, and many other productions for companies including the Alley Theatre, the Baltimore Opera, the Canadian Opera Company, the Houston Grand Opera, the Pittsburgh Opera, and the Williamstown Theatre Festival. His architectural work includes a long association with the artist James Turrell, including the James Turrell Museum in Colomé, Argentina.