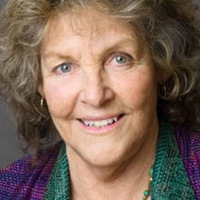 Bettina Hoerlin served as health commissioner of Philadelphia and taught health care disparities at the University of Pennsylvania for sixteen years. She also has been a visiting lecturer at Haverford College and Oxford University. In addition to her coauthorship of The Pope of Physics: Enrico Fermi and the Birth of the Atomic Age, she is the author of Steps of Courage: My Parents’ Journey from Nazi Germany to America. Though not a physicist herself, Hoerlin was the daughter of one and grew up in the Atomic City of Los Alamos. Like her husband Gino Segrè, Hoerlin’s parents fled anti-Semitism in Europe at the same time that Fermi did. Hoerlin and Segrè’s exhaustive research took them to Rome, Pisa, the University of Chicago and Los Alamos, as well as to Trinity, the New Mexico site of the first nuclear explosion.