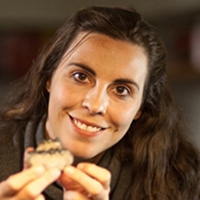 Brenna Henn is principal investigator of the Henn Lab and also teaches in the Department of Ecology and Evolution at Stony Brook University, SUNY. Her expertise is the history of African populations and diverse, indigenous populations from around the world who harbor genetic, linguistic and phenotypic variation that is often overlooked in more commonly studied urban populations. Motivated by her doctoral work in anthropology and evolutionary genetics at Stanford University and her postdoctoral work leading several African genomic projects aimed at understanding the origins of modern humans and dispersals out of Africa, she aims to approach questions of genetic and phenotypic diversity from an interdisciplinary standpoint.