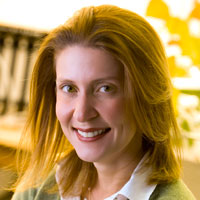 Consuelo De Moraes is an internationally known biologist and ecologist who studies the complex role of chemistry in interactions among plants and other organisms. She is particularly interested in understanding how olfactory cues emitted by plants convey sophisticated information about plant identity and condition (e.g., disease status) to organisms, insects, and other plants. Some of her previous work has examined the role of plant odors as foraging cues for parasitic plants. Her research has also investigated the mechanisms by which highly specialized predators locate plants under attack by the herbivore species on which they feed. Some of De Moraes’ current work focuses on identifying and understanding the characteristic changes in volatile chemistry that are associated with pathogen infection in plant and animal disease systems.

De Moraes’ findings have been published in leading scientific journals and frequently receive coverage from popular press outlets around the world. Her work has also been featured in biology textbooks and broadcast on public television in Europe and North America. Currently, a professor at Pennsylvania State University, De Moraes’ accomplishments have been recognized through numerous awards and honors, including a prestigious Packard Foundation Fellowship and the NSF CAREER Award.