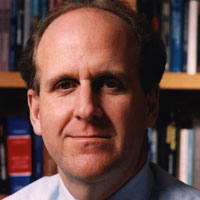 Daniel L. Schacter is the William R. Kenan, Jr. Professor in the Department of Psychology at Harvard University. He has published over 350 articles and chapters exploring the relation between conscious and unconscious memory, the nature of memory distortions, how individuals use memory to imagine the future, and the effects of aging on memory. His groundbreaking research has garnered numerous rewards, including the Troland Award (1991), the Award for Scientific Reviewing from the National Academy of Sciences (2005), and the Howard Crosby Warren Medal from the Society of Experimental Psychologists (2009). Schacter is also a member of the Society of Experimental Psychologists and the American Academy of Arts and Sciences.

Many of Schacter’s studies and ideas are summarized in his 1996 book, Searching for Memory, and his 2001 contribution, The Seven Sins of Memory. Both publications are winners of the APA’s William James Book Award, and both received recognition as New Times Notable Books of the Year. More recently, Schacter co-authored an introductory text, entitled Psychology, with Daniel T. Gilbert and Daniel M. Wegner.

Schacter received his Ph.D. from the University of Toronto in 1981 and taught on the faculty at Toronto for the next six years before joining the University of Arizona’s Department of Psychology in 1987. In 1989, he was appointed associate professor, and in 1991, he became professor of psychology at Harvard University, serving as chair of the department from 1995-2005.