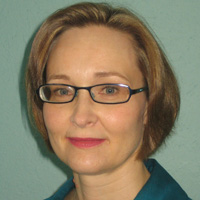 Daniela O’Neill has spent more than 20 years researching child psychology, with a focus on how children learn to communicate and understand their own and other people’s minds. She has studied how children use gesture to learn words and tell stories, how they “step into the shoes” of story characters, and how their early narrative ability affects their mathematical and abstract thinking later on.

O’Neill is a professor of developmental psychology at the University of Waterloo in Ontario, Canada, where she founded and directs the UW Centre for Child Studies. In 2009, she introduced the Language Use Inventory, a widely-used questionnaire based on a decade of research, which helps identify delays or impairment in children’s early language use. She studied at the University of Toronto, earned her Ph.D. from Stanford University and, in 2000, received a Premier’s Research Excellence Award from the government of Ontario.