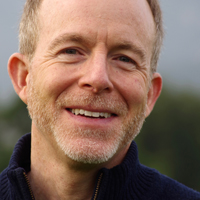 David Baron is a journalist, author, and broadcaster who has spent his thirty-year career largely in public radio. He has worked as a science correspondent for NPR, a science reporter for Boston’s WBUR, and science editor for PRI’s The World. An avid umbraphile, Baron has traveled the world—from Aruba to Indonesia to the Faroe Islands—to witness nature’s grandest spectacle, a total solar eclipse. His new book, American Eclipse: A Nation’s Epic Race to Catch the Shadow of the Moon and Win the Glory of the World, tells the true story of a total eclipse that crossed the American frontier in 1878 and lured many of the era’s great scientists—including Thomas Edison—to the Wild West. On August 21, 2017, the United States will again experience a total eclipse, the first in 99 years to cross the country from coast to coast.