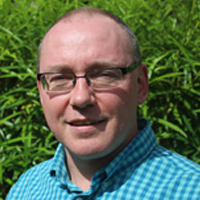 David Michael Holland is a Professor of Mathematics and Atmosphere-Ocean Science at the Courant Institute of Mathematical Sciences at New York University. His research focuses on using mathematics to understand mechanisms by which significant sea-level change could arise from the great ice sheets, Greenland and Antarctica, over the coming decades in an ever-warming world. He applies advanced applied mathematical techniques to data collected in remote environments. A veteran of almost two decades of Greenland and Antarctic field expeditions, Holland continues to spend summer seasons collecting vital information about the state of the oceans and glaciers in those regions. This data is used to improve computer modeling of the interaction of the great ice sheets with warming global ocean waters leading to more robust projections of global sea-level change.

David Holland has published more than 100 peer-reviewed articles on polar environmental science. In 2000, he was awarded an NSF Career Award  He served as Director of the Center for Atmosphere-Ocean Science in the Courant Institute during 2008-2013. Since then he has become the Director of the Environmental Fluid Dynamics Laboratory at NYU New York and the Center for Global Sea Level Change at NYU Abu Dhabi.