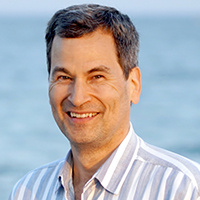 David Pogue is a four-time Emmy winner for his stories on CBS Sunday Morning, host of 17 science specials on NOVA on PBS, and the “Crowdwise” columnist for The New York Times. His books include seven titles in the For Dummies series, his own Pogue’s Basics series of tips and shortcuts, and the Missing Manual series of computer books. He has won a Loeb Award for journalism and an honorary doctorate in music.