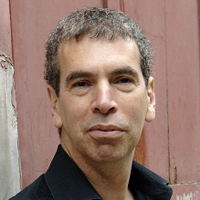 David Bodanis is known to a wide audience as an author of popular science books such as the highly acclaimed E=mc²: A Biography of the World’s Most Famous Equation and Electric Universe, which won the 2006 Royal Society Aventis Prize for Science Books. He has worked with major corporations such as Shell and BMW in the area of future scenarios and technological trends, as well as given presentations on the subject to many clients, including General Motors, Pfizer, and Xerox. Born in Chicago, Bodanis was educated in mathematics, physics, and economics at the University of Chicago. His career has spanned a variety of fields, from designing and teaching Oxford University’s main survey course for social studies to working as an author and a business consultant.