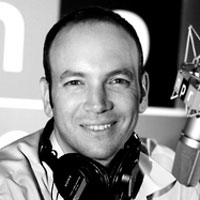 David Kestenbaum is a correspondent for NPR, covering science, energy issues and, most recently, the global economy for NPR’s multimedia project Planet Money. David has been a science correspondent for NPR since 1999. He came to journalism the usual way—by getting a Ph.D. in physics first. In his years at NPR, Kestenbaum has covered science’s discoveries and its darker side, including the Northeast blackout, the anthrax attacks and the collapse of the New Orleans levees. He has also reported on energy issues, particularly nuclear and climate change. He has won awards from the American Association for the Advancement of Science, the American Physical Society and the Institute of Electrical and Electronics Engineers.