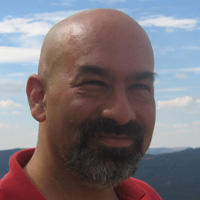 David Spergel studies the big questions in cosmology and astrophysics: How large is the universe and what is its shape? Is it finite? What are the dark matter and dark energy that comprise most of the universe’s mass? How did our galaxy form and evolve? Do nearby stars harbor planets like our own Earth, and did life originate on Earth or come from those nearby stars?

The Charles Young Professor of Astronomy and Chair of the Department of Astrophysical Sciences at Princeton University, Spergel is best known for his work as a member of the science team for NASA’s Wilkinson Microwave Anisotropy Probe (WMAP) mission, which maps out the universe’s cosmic microwave background radiation. Spergel used WMAP data to determine the age of the universe, the density of matter in the universe and how it fluctuated to form the first galaxies. His published papers on those subjects have been referenced by other scientists more than any other physics research in the new millennium.

Spergel received his Ph.D. from Harvard University and joined the Princeton faculty in 1987. He is a member of the National Academy of Sciences and has been awarded the MacArthur Fellowship, the Shaw Prize, a Sloan Fellowship and the Presidential Young Investigator award. In 2001, TIME magazine listed Spergel as one of America’s top scientists.