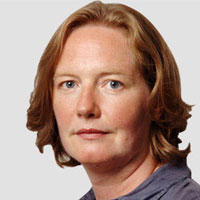 Emily Bell is the director of the Tow Center for Digital Journalism and a professor of professional practice at Columbia University’s Graduate School of Journalism. She was director of digital content for Britain’s Guardian News and Media from 2006 to 2010. Previous to that post, Bell was editor-in-chief of Guardian Unlimited from 2001 to 2006. Under Bell, the Guardian received numerous awards, including the Webby Award for a newspaper website in 2005-2007 and 2009, and British Press Awards for Website of the Year in 2006, 2008 and 2009. Bell first joined the Observer newspaper, which became part of Guardian News and Media, in 1990, as a business reporter specializing in media business, marketing, and technology. Bell is a leading media commentator in the U.K., writing about broadcasting and media policy issues. She is a 1987 graduate of Christ Church, Oxford University, where she earned a master’s degree in jurisprudence.

Telling Science Stories in Print and on the Web