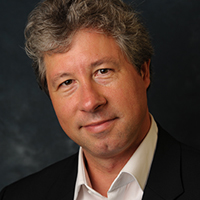 Erik Verlinde is a professor of theoretical physics at the University of Amsterdam. After receiving his PhD at the University of Utrecht he held positions at the Institute for Advanced Study in Princeton, as a senior staff member at the Theory Division at CERN, and as full professor at Princeton University. His research deals with string theory, quantum gravity, black holes, and cosmology. He is known for the Verlinde formula, which has a wide range of applications in physics and mathematics. In 2010, Erik Verlinde attracted international attention with a paper in which he argued that gravity is emergent, and results from changes in the entropy associated with microscopic information. He has recently proposed that emergent gravity provides an alternative to the dark matter hypothesis. Erik Verlinde is a recipient of the Spinoza Prize, the highest award available to Dutch scientists, for his work on string theory and entropic gravity.