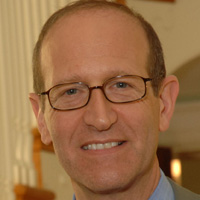 Gary Nabel is a nationally recognized expert at the forefront of virology, immunology, gene therapy and molecular biology. He is the director of the Vaccine Research Center at the National Institute of Allergy and InfectiousDiseases, where he oversees scientific research and guides the development of new strategies for vaccinating against HIV and other infectious diseases. Under Nabel’s leadership, the VRC began its first clinical trial of an HIV/AIDS vaccine, and it has developed a potential HIV vaccine that is currently being tested for efficacy. The VRC is also advancing universal influenza vaccine candidates and using new technologies to address emerging infectious threats like the Ebola and Chikungunya viruses.

Nabel completed his Ph.D. and M.D. at Harvard University. Before his appointment at the VRC, he was a professor of internal medicine and biochemistry at the University of Michigan in Ann Arbor and a Howard Hughes Medical Institute investigator. Among his many other honors, Nabel has received the Amgen Scientific Achievement Award from the American Society for Biochemistry and Molecular Biology, the Health and Human Services Secretary’s Award for Distinguished Service in 2003, and election to the American Association of Physicians and the American Association for Advancement of Science. In 1998, he was elected as a member of the Institute of Medicine of the National Academy of Sciences, where he still serves.