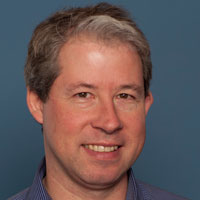 Renowned for his influential contributions to string theory and its application in mathematics, particle physics, cosmology, and black hole physics, Herman Verlinde’s research has been recognized through several awards and fellowships from the Packard Foundation, the Sloan Foundation, and the Royal Dutch Academy of Science. A professor of physics at Princeton University, he is a leading member of the High Energy Theory group. In 1988, Verlinde received his Ph.D. at Utrecht University under the supervision of Gerard’t Hooft. From 1994 to 1998, he was professor of physics at the University of Amsterdam, where he founded its Center for Mathematical Physics. In 2008 and 2009, he was a visiting member at the Institute of Advanced Study in Princeton.

Herman Verlinde is the twin brother of Erik Verlinde, who is also a prominent string theorist and professor of physics at the University of Amsterdam.