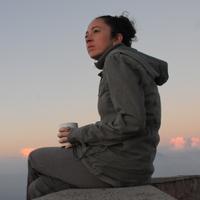 Dr. Jackie Faherty received a Bachelors in Science as a Physics major from the University of Notre Dame in 2001. She received her Ph.D. in Physics from Stony Brook University in 2010 with a thesis entitled the Brown Dwarf Kinematics Project, for which she received the University’s highest honors. She moved to Santiago Chile as a National Science Foundation fellow and then in 2013 won a prestigious NASA Hubble fellowship to join the Astronomy division at the Carnegie Institution for Science. In 2016, Dr. Faherty moved to the American Museum of Natural History in a dual appointment as a senior scientist in the department of Astrophysics and a senior manager in the Education department. Her research group entitled Brown Dwarfs in New York City is at the forefront of characterizing the atmospheres of giant exoplanets. Over her career, Dr. Faherty has published over 60 peer-reviewed articles on Astrophysics topics.