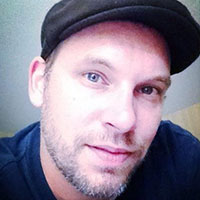 Jamie Simmonds is a professionally trained producer, audio engineer, and performer who specializes in hip-hop, theater, and custom projects. He has worked with several record labels such as NTone (Ninja Tune), K7, and Crammed/SSR, as well as major label artists like Alison Goldfrapp, Leftfield, and Pressure Drop. Simmonds is currently specializing in producing and mastering hip-hop and electronic music, and writing original soundtracks for critically acclaimed and award winning theater productions, including off-Broadway hits such as The Rap Guide to Evolution, The Canterbury Tales Remixed, and Ingenious Nature.