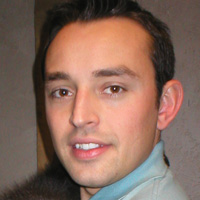 Jarod Miller is a young naturalist, zoologist, pet expert, and regular guest lecturer for zoos, universities, and promotional events, having lectured on captive management and wildlife conservation at venues including the White House. He is also the former executive director of the Binghamton Zoo in Binghamton, New York, and was the youngest accredited zoo director in the United States at age 25.

Since he was 10, Miller has both propagated and worked to conserve endangered animal species. He has raised, studied and handled a tremendous variety of wildlife including large cats, bears, prosimians (such as lemurs and bush babies), large and small primates, birds of prey, crocodiles and their related species, venomous snakes and reptiles, and large hoofed animals, among many others. Miller is also experienced in the research and data collection of captive and wild specimens. As a teenager he also trained champion dogs for obedience competitions and national showmanship.