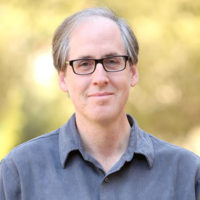 Composer
Jeff Beal is an American composer of music for film and the concert hall. With musical beginnings as a jazz trumpeter and recording artist, his works are infused with an understanding of rhythm and spontaneity. Steven Schneider (The New York Times) proclaimed “the richness of Beal’s musical thinking…his compositions often capture the liveliness and unpredictability of the best improvisation.” His first critical notice came for his score to Ed Harris’ Pollock. Other recent projects are documentaries Blackfish, An Inconvenient Sequel, and The Price of Everything. Beal has received 18 prime-time Emmy nominations and won five statues for his music, including Netflix’s House of Cards, and HBO’s Rome and Carnivale. Commissioned works for 2019-20 include a symphonic song cycle for the St. Louis Symphony Orchestra and new music for F. W. Murnau’s silent classic “Sunrise” for the Los Angeles Master Chorale. Other recent works are a Concerto for flutist Sharon Bezaly and the Minnesota Orchestra, “Six Sixteen Concerto” for guitarist Jason Vieaux, “Salvage Men” for the Los Angeles Master Chorale, “The Great Circle” symphony for the New West Orchestra, and “ Oasis” for Smuin Ballet. Beal’s music has been performed and recorded by the Boston Symphony Orchestra (Beal conducting), The National Symphony Orchestra (Beal), St. Louis (Marin Alsop), Pacific (Carl St. Clair), Berkeley (Kent Nagano) and Detroit (Neeme Jaarvi). A graduate of the Eastman School of Music, he and his wife recently endowed and established the Beal Institute at their alma mater, to promote the study of film and contemporary media music creation.