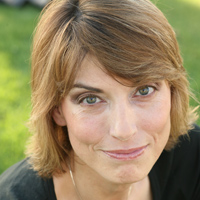 Jennifer Ouellette is a science writer and the author of four popular science books, most recently Me, Myself and Why: Searching for the Science of Self. Her work has appeared in Discover, Slate, New Scientist, Salon, Smithsonian, the Washington Post, the Los Angeles Times, and the Wall Street Journal, and Quanta. She has a blog at Scientific American called Cocktail Party Physics and co-hosts the podcast Virtually Speaking Science with Tom Levenson and Alan Boyle in Second Life. From 2008 to 2010, she was the founding director of the Science & Entertainment Exchange, an initiative of the National Academy of Sciences to foster creative collaborations between scientists and entertainment industry professionals.