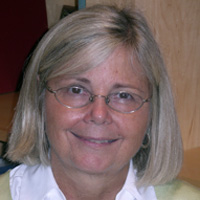 Joan Brugge joined the faculty of the Department of Cell Biology at Harvard Medical School in July 1997 and became the chair of this department in 2004. A graduate of Northwestern University, she received her PhD from the Baylor College of Medicine. During her postdoctoral training at the University of Colorado with Raymond Erikson, she isolated the protein coded for the viral and cellular forms of the SRC gene. Brugge has held full professorships at the State University of New York, Stony Brook, and the University of Pennsylvania, where she was also named as an investigator at the Howard Hughes Medical Institute. In 1992 Brugge left academia to help found a new company, ARIAD, to focus on research aimed at developing new drugs targeting signaling pathways in disease. Her laboratory is currently investigating normal processes that regulate cell proliferation, survival, and migration during morphogenesis and elucidating how oncogenic insults during tumorigenesis disrupt these processes to the advantage of the tumor cells.