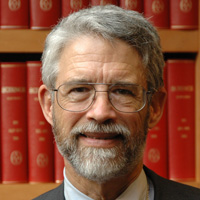 John Holdren is the director of the White House Office of Science and Technology Policy and President Barack Obama’s senior science and technology advisor. An aerospace engineer and plasma physicist by training, he is one of the nation’s foremost experts on energy technology, nuclear arms control and nonproliferation, and global environmental change. Since joining the administration in 2009 he has focused on ensuring that federal policies are supported by sound science while working to create science and technology jobs; strengthen science, engineering, and math education; reduce reliance on energy imports; mitigate climate change; and support the application of biomedical science and information technology to help all Americans live healthy and connected lives.

Before he was appointed to the White House position, Holdren was a professor at Harvard in both the Kennedy School of Government and the Department of Earth and Planetary Sciences, as well as director of the nonprofit Woods Hole Research Center, which focuses on climate change science and policy. His numerous awards include the John Heinz Prize in Public Policy, the Tyler Prize for Environmental Achievement, and a 1981 MacArthur Prize Fellowship. He is a member of the National Academy of Sciences, the National Academy of Engineering, and the American Academy of Arts and Sciences, as well as a foreign member of the British Royal Society—Britain’s academy of sciences.