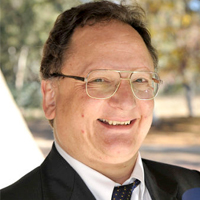 Borwein is currently a Laureate Professor of mathematics at the University of Newcastle, Australia and the director of the Centre for Computer Assisted Research Mathematics and its Applications (CARMA). Former president of the Canadian Mathematical Society (2000-2002), he has also worked at the universities of Carnegie Mellon, Dalhousie, Simon Fraser, and Waterloo, and has held two Canada Research Chairs in computing. As a fellow of the Royal Society of Canada, the American Association for the Advancement of Science, and the Bulgarian Academy of Sciences, Borwein continues to be a prominent presence in mathematics. In 2010, he was elected as fellow of the Australian Academy of Science. Among Borwein’s many achievements is the completion of an Oxford D.Phil. in mathematics as an Ontario Rhodes Scholar, winning the Chauvenet Prize in 1993, and receiving an honorary degree from Limoges in 1999.