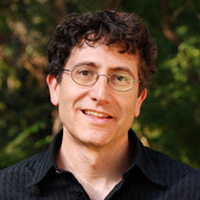 Jonathan Rosen has written about the ivory-billed woodpecker, a bird long thought to be extinct. His most recent books are The Life of the Skies: Birding at the End of Nature and The Talmud and the Internet. His writings have also appeared in The New York Times, The New Yorker magazine, the American Scholar, and numerous anthologies. He is currently the editorial director of Nextbook, where he is general editor of the NetbookSchocken “Jewish Encounter” series.