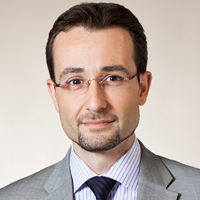 Juan Manuel Benitez is a political reporter for the 24-hour news television station NY1. He hosts the weekly current-affairs program Pura Política on NY1 Noticias. Benitez also teaches journalism at CUNY and Columbia University. He is a frequent contributor to WNYC Radio and MSNBC. Benitez holds a Master’s Degree in International Affairs from Columbia University and a degree in Anglo-German Language and Literature from University of Extremadura. He was born in Badajoz, Spain and lives in Harlem, New York.