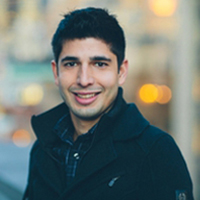 Justin M. Rao is a researcher at Microsoft Research in New York City. He did his undergraduate work at the University of North Carolina at Chapel Hill and his Ph.D. in economics at the University of California in San Diego. His research interests typically fall under the broad umbrella of empirical microeconomics with a focus in e-commerce, online behaviors, and understanding pro-social behavior. His work has appeared in leading economic journals and received attention in the popular press from outlets such as The Wall Street Journal, Slate, and The Atlantic. A video of Rao doing economics-themed standup comedy has a 90 percent “thumbs up” rating on YouTube.