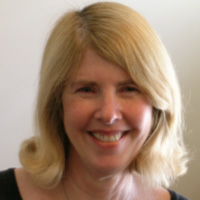 Kay Redfield Jamison has been called a “hero of medicine” for turning her own struggle with manic-depression into a lifelong career researching the illness and its treatment. Her unique perspective as both a psychologist and a patient helped her become a world-renowned expert on mental illness and suicide; in 1990, she co-wrote what is still the standard medical textbook on manic-depressive (or bipolar) illness, which the American Association of Publishers chose as the most outstanding book on biomedical sciences that year. Jamison’s work has been recognized with a MacArthur Foundation “genius” Award, among dozens of other honors.

Jamison is the Dalio Family Professor in Mood Disorders and Professor of Psychiatry at the Johns Hopkins School of Medicine, where she studies mental illness and its relationship to creativity and temperament. She is also Honorary Professor of English at the University of St. Andrews in Scotland. An Unquiet Mind, her bestselling memoir about her experiences with manic-depressive illness and medication, has been translated into 25 languages since its publication in 1995, and Nothing Was the Same, her 2009 memoir about the loss of her husband, was named one of the best books of the year by the Washington Post.