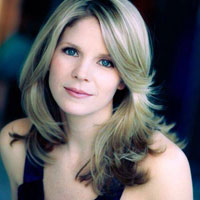 Kelli O’Hara recently starred in the Tony Award-winning revival of South Pacific at Lincoln Center, enrapturing audiences and critics alike with her interpretation of Nellie Forbush, garnering a third Tony-nomination in the process. Her other Broadway shows include The Pajama Game with Harry Connick Jr (Tony, Drama Desk and Outer Critic Award Nomination), Light in the Piazza (Tony and Drama Desk Nomination), Sweet Smell of Success with John Lithgow, Dracula, Jekyll & Hyde and Follies.

Among her film and television credits are Sex & the City 2, The Dying Gaul starring Patricia Clarkson and Campbell Scott; Alexander Hamilton starring Brian F. O’Byrne, NUMB3RS and All My Children.

In addition to her critically acclaimed performance of Eliza Doolittle in the NY Philharmonic production of My Fair Lady, O’Hara’s concerts include a solo concert at Carnegie Hall with NY Pops conducted by Rob Fisher, Carnegie Hall with Barbara Cook, The Kennedy Center with Marvin Hamlisch and the NSO, The New York Philharmonic with Marvin Hamlisch and a sold-out run at Café Carlyle. Her voice can be heard on numerous cast recordings and her solo album Wonder in the World (Ghostlight Records.)