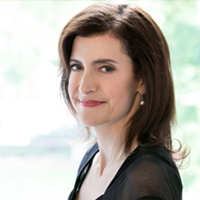 Laura J. Snyder is a historian, philosopher, and science writer. Oliver Sacks has called her “both a masterly scholar and a powerful storyteller.” Snyder is the author of Eye of the Beholder: Johannes Vermeer, Antoni Van Leeuwenhoek and the Reinvention of Seeing, as well as The Philosophical Breakfast Club: Four Remarkable Friends Who Transformed Science and Changed the World, which was an official selection of the TED Book Club, a Scientific American Notable Book, and winner of the Royal Institution of Australia’s 2011 poll for “Best Science Book.” She is also the author of Reforming Philosophy: A Victorian Debate on Science and Society. She writes for The Wall Street Journal and other publications and is a professor at St. John’s University. Snyder’s TED Talk on the Philosophical Breakfast Club has been viewed over one million times.