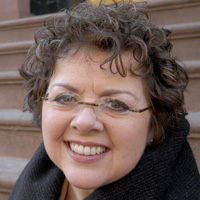 Laurie Garrett is currently the senior fellow for global health at the Council on Foreign Relations in New York. Garrett is the only writer ever to have been awarded all three of the Big “Ps” of journalism: The Peabody, The Polk and The Pulitzer. Garrett is also the best-selling author of The Coming Plague: Newly Emerging Diseases in a World Out of Balance and Betrayal of Trust: The Collapse of Global Public Health. Her most recent book is I Heard the Sirens Scream: How Americans Responded to the 9/11 and Anthrax Attacks. During her time at the Council on Foreign Relations, Garrett has written several reports and articles including: HIV and National Security: Where are the Links?, A Council Report (Council on Foreign Relations Press, 2005); ‘The Next Pandemic?’ (Foreign Affairs, July/August 2005); ‘The Lessons of HIV/AIDS’ (Foreign Affairs, July/August 2005); and ‘The Challenge of Global Health’ (Foreign Affairs, January/February 2007), The Future of Foreign Assistance Amid Global Economic and Financial Crisis, A Council on Foreign Relations Action Plan (2009); ‘Castrocare in Crisis’ (Foreign Affairs, July/August 2010). Garrett is a member of the National Association of Science Writers, and served as the organization’s president during the mid-1990s. She currently serves on the advisory board for the Noguchi Prize, François-Xavier Bagnoud (FXB) Center for Health and Human Rights, and the Health Worker Global Policy Advisory Group, and is a principal member of the Modernizing Foreign Assistance Network (MFAN). Garrett also chairs the Scientific Advisory Panel to the United Nations High Level Commission on HIV Prevention in collaboration with UNAIDS. She is an expert on global health with a particular focus on newly emerging and re-emerging diseases, bioterrorism, public health and its effects on foreign policy and national security. ­­­­­­­­