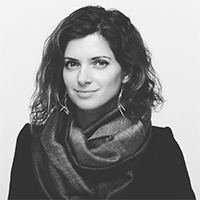 Lera Boroditsky is an associate professor of cognitive science at University of California San Diego. She previously served on the faculty at MIT and Stanford. Her research is on the relationships between mind, world, and language (or how humans get so smart). She has been named one of 25 Visionaries changing the world by the Utne Reader and is also a Searle Scholar, a McDonnell scholar, recipient of an NSF Career award, and an APA Distinguished Scientist lecturer. Her TED talk on how the languages we speak shape the ways we think has been viewed more than 7 million times. She once used the Indonesian exclusive “we” correctly before breakfast, and was proud of herself about it all day.

The Richness of Time