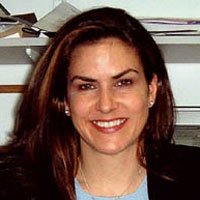 Elizabeth A. Phelps is the director of the Phelps Lab at the New York University Center for Neuroeconomics. Her laboratory has earned widespread acclaim for its groundbreaking research on how the human brain processes emotion, particularly as it relates to learning, memory, and decision-making. She is the recipient of the 21st Century Scientist Award from the James S. McDonnell Foundation and a fellow of the American Association for the Advancement of Science and the Society for Experimental Psychology. She has served on the Board of Directors of the Association for Psychological Science and the Society for Neuroethics, was the President of the Society for Neuroeconomics, and has served as the editor of the APA journal Emotion.

Phelps received her Ph.D. from Princeton University in 1989, served on the faculty of Yale University until 1999, and is currently the Silver Professor of Psychology and Neural Science at New York University.