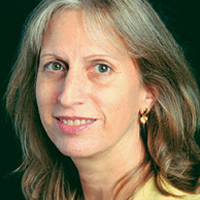 President and CEO of the New-York Historical Society

Louise Mirrer joined the New-York Historical Society as President and CEO in June 2004. Under her guidance, New-York Historical is reinvigorating its commitment to foster greater public understanding of history and its impact on the world of today, to support and encourage historical scholarship, and to develop education initiatives for young people, students, and adults. Under her direction, the New-York Historical Society has launched groundbreaking exhibitions, including Slavery in New York; New York Divided: Slavery and the Civil War; A New Light on Tiffany: Clara Driscoll and the Tiffany Girls; French Founding Father: Lafayette’s Return to Washington’s America; Grant and Lee in War and Peace; and WWII & NYC. In recent years, Dr. Mirrer has been honored with the Woman of Distinction Medal, League of Women Voters, 2007; Dean’s Medal, CUNY Honors College, 2005; Education and Student Advocacy Award, Hostos Community College, 2005; President’s Medal, CUNY Graduate Center, 2004; Leadership Award, Asian-American Research Institution, 2003; New York Post’s “50 Most Influential Women in New York,” 2003; Citation of Honor, Queens Borough President’s Office, 2001; Women Making History Award, Queensborough Community College, 2001; and the YWCA “Women Achievers” Award, 2000. In 2007 she was made an Honorary Fellow of Wolfson College, Cambridge.