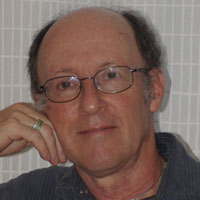 Focused on the functions of the hippocampus in memory and spatial cognition, Lynn Nadel’s work has led to significant contributions in the study of stress and memory, sleep and memory, memory reconsolidation, and mental retardation observed in Down syndrome. He has helped promulgate two highly influential theories in cognitive neuroscience: the cognitive map theory of hippocampal function and the multiple trace theory of memory. Nadel’s research has been published in over 175 journal articles, chapters, and books, and has been supported by grants from NIMH, NSF, NICHD, NINDS, and several private foundations.

Nadel is Regents Professor of psychology and cognitive science, and director of the Cognition and Neural Systems Program at the University of Arizona. Nadel also serves as the editor-in-chief of Wiley Interdisciplinary Reviews: Cognitive Science, and is on the editorial boards of numerous journals exploring cognition and neural science. In 2005, he was the co-recipient of the Grawemeyer Prize in Psychology for his contributions to the “cognitive map” theory. In 2006, he was granted the National Down Syndrome Society’s Research Award. Nadel is a fellow of the American Psychological Society, the American Association for the Advancement of Science, and the Society of Experimental Psychologists.