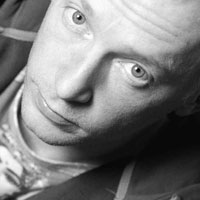 Mathematician, researcher, writer and radio presenter Marcus du Sautoy has contributed to the Times, Daily Telegraph, Independent and the Guardian. For several years, he wrote a regular column in the Times called Sexy Science. He is also a frequent commentator on BBC radio and television and was a presenter for BBC4’s TV game show Mind Games, where he was nominated for the Royal Society of Television’s Best Newcomer to a Network Award. In 2008, he wrote and hosted a four-part landmark TV series for the BBC called The Story of Maths. His other achievements include Alan and Marcus go forth and multiply, which he co-presented with comedian Alan Davies, and The Secret You, a film about the science of consciousness. In 2010, he presented a six-part BBC series called The Beauty of Diagrams and is currently producing a 3-part landmark series for BBC2 called The Code. Marcus du Sautoy is also the author of numerous academic articles and books on mathematics, including Finding Moonshine, The Number Mysteries, and his bestseller, The Music of the Primes, which was translated into 10 languages and won two major prizes in Italy and Germany for the best popular science book of the year. In addition, he has written and presented several series for radio that include 5 Shapes, Maths and Music, and The Baroque: from ecstasy to infinity. His other contributions include a ten-part series for BBC Radio 4 called A Short History of Mathematics, the Royal Institution Christmas Lectures entitled THE NUM8ER MY5TERIES, and Why Beckham chose the 23 shirt, which has been played to a wide-spread audience ranging from prison inmates to diplomats.

In 2001, Marcus du Sautoy won the prestigious Berwick Prize, which is awarded every two years by the London Mathematical Society for the best mathematical research made by a mathematician under 40. In 2004, Esquire Magazine chose him as one of Britain’s 100 most influential people under 40. And in 2008, he was included in the prestigious directory Who’s Who. Marcus du Sautoy is also the recipient of the 2009 Royal Society’s Faraday Prize, the UK’s premier award for excellence in communicating science. In 2010, he received an OBE in the New Year’s Honours List for his services to science, as well as a Joint Policy for Mathematics Board Communications Award. Charles Simonyi Professor for the Public Understanding of Science, Marcus du Sautoy is a professor of mathematics at the University of Oxford, and a fellow of New College. Among his many responsibilities, Marcus du Sautoy has acted as visiting professor at the École Normale Supérieure in Paris, the Max Planck Institute in Bonn, the Hebrew University in Jerusalem, and the Australian National University in Canberra. An avid trumpet and football player, he was born in 1965 and currently lives in London with his wife, three children, and cat Freddie Ljungberg.