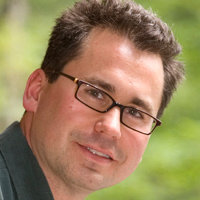 Mark Shriver is Professor of Anthropology and Genetics at The Pennsylvania State University. His research seeks to elucidate the genetic evolution that took place during and after the spread of modern humans. His lab focuses on traits and disease risks that differ among human populations and between the sexes, including premature birth, type-2 diabetes, hypoxia, hair form, skin pigmentation, and facial features. Shriver is also involved with applying these findings in forensic science, human genetics, and genealogy. He received his Ph.D. from the University of Texas Health Science Center at Houston.