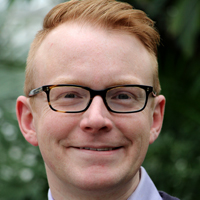 Matthew R. Willmann is the Director of the Plant Transformation Facility (PTF) at Cornell University. He received his undergraduate degree in general plant science from Cornell University in 1999 and his PhD in genetics from Harvard University in 2004. After postdocs at the University of Pennsylvania, Dr. Willmann returned to Cornell in January 2016 as director of the PTF. PTF is a service facility that makes transgenic and CRISPR/Cas genome-edited plants (maize, rice, wheat, and apple) for Cornell and external faculty. The facility also conducts research to develop transformation protocols for previously untransformed plants and to improve methods for CRISPR/Cas genome-editing in plants. Dr. Willmann is a member of the editorial board of The CRISPR Journal, a new journal about genome editing. In an attempt to increase the acceptance of plant biotechnology, he has given many talks for the public about how transgenic and genome-edited plants are made.

PLANTING THE SEEDS, SEEDING THE PLANTS: Can CRISPR Save the World?