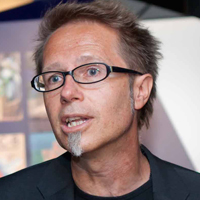 physicist
Michael Doser is a research physicist at CERN, the European Center for Nuclear Research in Geneva, Switzerland, who has specialized in working with antimatter, using it either as a tool (to study the strong interaction), or as an object of study itself. He is currently spokesperson of the AEGIS experiment, whose goal is to measure the gravitational interaction between matter and antimatter, which requires building bridges between particle physics and other research fields, such as atomic physics, gravitation, material science or physical chemistry. He is also an editor for the journal Physics Letters B, as well as contributing to the bi-annual compendium of particle properties, The Review of Particle Properties, and is involved in art-science related activities at CERN and elsewhere.